5 Tips for How to Stop a DDoS Attack 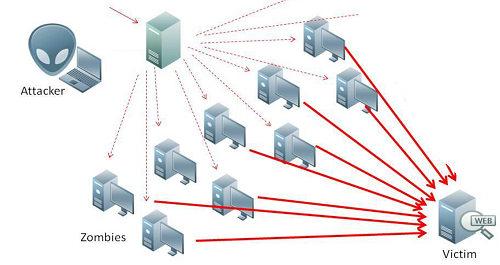 Check out these five tips on how to stop a DDoS attack on your site and save yourself from going out of business.

Did you know that a hacker attack happens every 30 seconds?

What's more, 43% of hackers attack small business websites. Small businesses are the most common target as they can't afford a high-level IT staff, lack a backup plan, and have inadequate network security.

One of the most notorious attacks today is the DDoS attack. Not only can a DDoS attack crash your website, but it can also lead to losing data and revenue.

But is there a way to stop a DDoS attack before it's too late?

The answer is yes! Here are five strategies you can use to protect your website and avoid a DDoS attack ruining your business.

What Is a DDoS Attack?

Let's imagine the following scenario: you're in a retail store. There are a few people inside, and everything is moving smoothly. There's enough room for everyone to look around and take their time in the changing room. Suddenly, a wave of people enter the store—first a hundred, then a hundred more. Now there's barely any room to move around, less alone get to the dressing room or the checkout counter.

That's what a DDoS attack is: a method where cybercriminals flood a network with more traffic than it can handle, leading to your website crashing. It's short for distributed denial of service attack. The "distributed" in its name indicates that the attack is launched from multiple devices aimed at a target.

Some of the most common types of a DDoS attack include:

How Can a DDoS Attack Sink Your Business?

If a business is hit with a DDoS attack, it may experience the following negative consequences:

A DDoS will take your site down, which means it will be unavailable to your visitors. If someone tries to land on it, it will see an error page. Considering we live in an age where user experience is the top factor for a successful brand, this can be fatal.

A DDoS attack could cause your site's appearance in search engine results to take a hit. This can be frustrating to hear, especially if you've invested thousands of dollars in improving your website's search ranking. How badly your site will be affected depends on the length of the attack and its intensity.

A DDoS attack is often carried out to take down a site's firewalls or distract its IT team so that the attackers can perform a data theft. In other words, if you're an e-commerce business, you're likely to have your customers' private information such as emails and addresses stored on your site. For instance, when Sony was attacked in 2011, the hackers stole account information from more than 77 million users

When your site suddenly goes down, it can be challenging to know what caused the downtime. You can be led to believe it's a server problem or an issue with your connectivity. It can take some time to diagnose the root cause of the attack.

The longer the downtime, the more money you lose-especially if you have an e-commerce store. Not to mention that you'll have to hire a web security expert to ensure your site is protected from outside threats in the future.

How to Stop a DDoS Attack

Have a Plan in Place

The best thing to do to lessen the damage of a DDoS attack is to have a plan in place. As DDoS attacks have grown in frequency and intensity in recent years, it's always a good plan to have a plan.

Setting up a plan means analyzing your website and detecting any vulnerabilities it may have. Also, it couldn't hurt to define clear steps for how your company should respond in the case of an attack.

Make sure everyone in your company knows their role in case of an attack and who to talk to if the attack gets out of hand. Prepare a list of internal and external contacts who can help.

Monitoring your website traffic can help you identify a DDoS attack instantly. The more you know what your normal traffic looks like, the easier it would be to spot suspicious behavior. For example, let's say your site gets 1,000 views every hour. If suddenly it gets a million, wouldn't that raise the alarm?

Have More Bandwidth Than You Need

This is quite logical and doesn't need any detailed explanation. It's simple: when you have more bandwidth, the more traffic your website can handle. Having more bandwidth than you need can accommodate sudden and unexpected surges in traffic, whether that is due to a DDoS attack or a mention of your company in the media.

Although having more bandwidth doesn't necessarily mean that you'll stop a DDoS attack, it can buy you some time to act before your resources become overwhelmed.

Don't skip having appropriate protection tools installed for your networks and your applications. Some of the tools can include:

These tools can help you keep a close eye on your network baseline traffic and get alerts when something suspicious occurs.

Cloudflare is one of the most popular DDoS protection services. It operates by having a vast network of servers worldwide that intercept web traffic on behalf of customers. As the middleman between a customer's servers and the rest of the internet, Cloudflare can detect suspicious activity and remove any malicious requests before they get to the customer.

You'll have a higher chance of withstanding a DDoS attack if your Web server is located in a hosting center than running it yourself. Here are three reasons why:

Knowing how to stop a DDoS attack as soon as you detect it can make all the difference whether your company survives or goes out of business. The effects of a DDoS attack can be severe, leading to your site disappearing from the internet and your customers flocking to a more reliable business.

For these reasons, it's more important than ever to understand how to stop a DDoS when it happens.

With a proper website maintenance plan prepared in advance and technical protective measures in place, you won’t be caught off guard and will have a higher chance of surviving a DDoS attack.